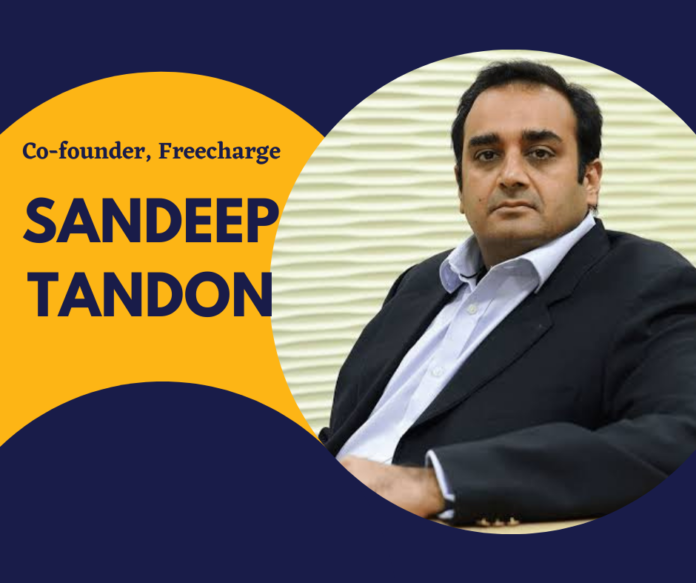 Sandeep Tandon, 53, based in Mumbai, Maharashtra is an all-round professional, entrepreneur, venture capitalist and a business coach, who graduated with Bachelors and Masters Degrees from USC in Electrical Engineering. He is also the managing director of Tandon group, an angel investor, a executive board member at Infinix Healthcare, Executive Chairman of Syrma technology and board member of Advisors at USC Viterbi School of Engineering, IIFL Investment Managers, and Iron Pillar, plus many more ventures, holding a net worth of ₹11.5 crores as of September, 2020.

His steady skill and mindset, inspired the creation of India’s first ever digital payments platform ‘Freecharge’ along with Kunal Shah in 2010. This project started just as an idea, which has now grown into a million dollar company, with more than 20 millions users on its platform.

Digitalization was not a common niche back in 2010. Payments were still exchanged and transferred through offline means and it gets very frustrating and uneasy to perform transactions to someone far away, which also comes along with its own challenges and uneasiness. Be it paying for gas bills, electricity and telephone bills, or recharging mobiles, television subscriptions to even paying while buying things from the market, previously all of these were done through physical paper transactions.

The Introduction of payments through online means is indeed a smart and an economy savvy technological advancement that has gradually powered the markets, attracting people, who can now bank their money online and pay their day-to-day or professional payments easily without any jig.

This started the era of cashless economy, which brought with it the easy and fast transaction of affairs online, along with low risk of money meshing from anywhere, anytime. This formed a flexibility, meriting organisation of records wisely, making ‘freecharge’ as the leading payments app. Freecharge is a online transaction leading app, that provides users to make online payments safely. Providing services such as bill payments, grocery shopping payments to local vendors, DTH and metro recharge, along with pre-paid, postpaid recharges and discount/cashback offers available for mobiles of users.

Like any other newly launched app, freecharge didn’t take stride quickly, it took its time to let people be educated and comfortable with the ways such a new technology works. Soon enough, it caught the sight of a few retailers such as McDonald’s, Barista, Costa coffee, Cafe Coffee day, PVR and Domino’s Pizza to buy the concept of freecharge. This marked the beginning of positive exposure, growth and digitalisation for freecharge as well as its users.

In 2015, Sandeep tandon and co-founder Kunal shah decided to move out of their zone, to increase a further drive of growth of their company. They joined hands with Kunal Bahl, the founder of Snapdeal and sold freecharge to them. The deal was estimated to be about $400-460 million and was one of the biggest purchases in India to take place at that time, which later in 2017, Freecharge was acquired by Axis bank with a deal of $60 million.

Sandeep tandon believes in relentless growth and implementing ideas into ‘work’, with a saying that “It’s business as usual, we have to keep focussing on getting bigger and bigger.” What becomes precise that completes his tale is that Tandon wasn’t striving to revolutionise an enterprise or make a few table-turning technological advancements, rather he was and is simply trying to fulfil the not unusual requirements and wishes of a common man, in a field with the maximum productive manner feasible. This simple and enduring high-quality mind-set is why he’s a contemporary-day Indian entrepreneur withinside the truest experience in the field.

Write to us at: [email protected]