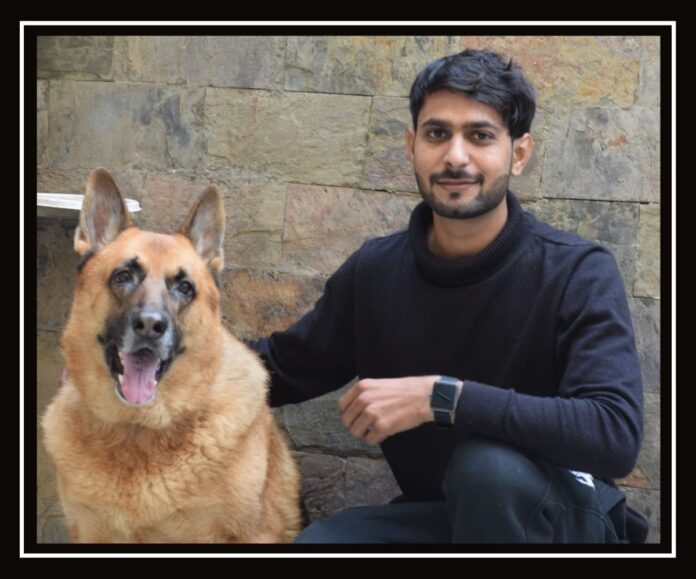 Hundreds of tongues speak to assist others, but genuinely helping people is uncommon. Working for the good of society and welfare is a rare sight, and those who do so must be acknowledged and supported. Social entrepreneurs are fewer but their need is major.

A young boy started his venture as a social entrepreneur just to do something that can benefit citizens in the most unique way. Sandy Khanda a climate activist, farmer, and founder of NGO: Green Pencil Foundation works for a noble cause from the beauty of Kashmir; Srinagar. He is inspiring for peace and prosperity by his actions.

To save this beautiful planet he has initiated drives such as every house plant sapling and nurturing till it buds out to a tree bearing flowers and fruits. Awareness seminars have been organized in an engaging and connecting way such that people feel the harsh reactions of mother earth and work for its protection. Climate change protection work is done by Sandy Khanda and his team. Recently young school children were inspired and connected to work for climate change and their sounds were taken to society. It proved to be a good and successful idea, people were deeply inspired and students touched with the fact that protection of earth is our responsibility.

Helping the needy has been the agenda initially and ultimately. Various camps have been organized to collect blood for the needy along with inspiring talks here and there. Talks in the form of poems are inspiring and connecting, Sandy does it all to motivate people to work for good and help the needy. The social house has been the greatest hub for inspiring and motivating. Talk shows and poetry festivals to open hearts and devote words to nature’s gift our usual shows.

Sandy Khanda, also a political consultant, has collaborated with National Institution for Transforming India in order to proceed with discussion meetings on the current situation of the country. Covid’s situation was a matter of concern and social entrepreneurs took the initiative to take a step forward and discuss with the government the needs of society. Conclusively came up with better solutions for the upliftment of the country’s current situation. Dietary tips for covid positive patients along with a proper schedule to be followed was discussed and the word was spread among the citizens for their welfare.

An engineering student with a knack for technology started all the way to work for society. With all his knowledge and skills Sandy moved to work for a social cause. A well-to-do society with almost no problems around where to get the knack for a social cause; on his trips around cities and towns, Sandy explored and analyzed the problems, women and men’s equality has been his concern since yearly days. All the social issues and concerns moved the engineer towards society as an activist CEO and consultant. Initially worked with many many NGOs for society and its welfare.

Sandy Khanda, popular as a writer in Hindi and Urdu, is inspiring people with his words and ideas. He has been giving his services in India and also abroad to countries such as Indonesia and Iran. He started with climate protection protests and plantation drives and proceeded with blood donation camps and talk shows. From the worst experiences of slum students, he was convinced to teach them. Provided night tuitions to slum kids and also to kids of villages. Sandy strongly believes education is the key to change and youth have the power to act for revolutionizing society to save the earth and protect the climate.