Home BLOG MOTIVATION How Gurdev K Aneja Led This Journey From A Failure To A... 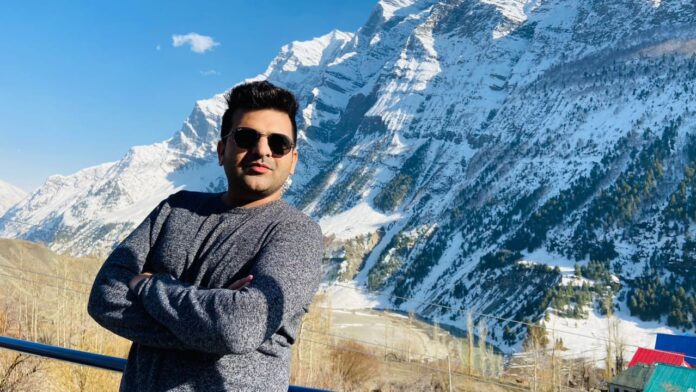 Today is the birthday of Gurdev K Aneja, an inspiring Actor, director, and producer. Throughout his life, Gurdev has gone through many phases, fell, and got back up. Today, the position he is in shows how hard work pays off. Albert Einstein once said, “Genius is 1% talent and 99% hard work…” In Gurdev’s case, he has the talent and the spirit to work hard.

He has been in the film industry for more than 15 years. In 2014, his movie, “Ebn-e-Batuta,” was released. The movie had incurred 2.5 crores worth cost with all the planning and VFX included. Unfortunately, it became a flop, and Gurdev K Aneja had to bear a significant loss.

Everyone, including his relatives, said that Gurdev K Aneja had lost it all and could never get the success he had. They told this because he had to sell off some of his properties, cars, flats, etc., to bear the losses of his movie turning flop. However, little did they know that Gurdev isn’t someone to just back down. He kept on working and proved them wrong.

Within a few years, Gurdev K Aneja has grown exponentially. As you can see, he is an inspiration for all of us. His exceptional skills and dedication to work have made him an owner of multiple companies worth millions. From Shotflix (an OTT platform) to Paperstone Productions and some PR agencies, he is a part of these ever-growing businesses. Not only that, but Gurdev K Aneja even started his PR media company in the UAE called UAETimes and is currently a shareholder there.

Gurdev K Aneja and his words

During this special occasion of his birthday, we asked Gurdev K Aneja about his plans and how he grew from a failure to a nationwide inspiration. He replied, “ I wasn’t a failure yesterday, I am not a failure now. Both business and life come with ups and downs. I believe with every downfall comes lessons that helps us grow. I would like to tell you all that even if you do face downfall, remember that God is teaching you something. Today, on my birthday, I want to wish to God that I can continue to work with honesty and dedication just like I have till now and continue to do so.”

Let’s see what the future unfolds and what more great movies, albums, and songs Gurdev K Aneja will bring in the future. We wish him a very Happy Birthday and hope everyone can take inspiration from his story and continue their hard work.

A New Writer in the Spirituality Genre, Deepika Manju Singh

Media Expo 2022 concludes with resounding success and a lasting impression on the Printing and Signage Industry.